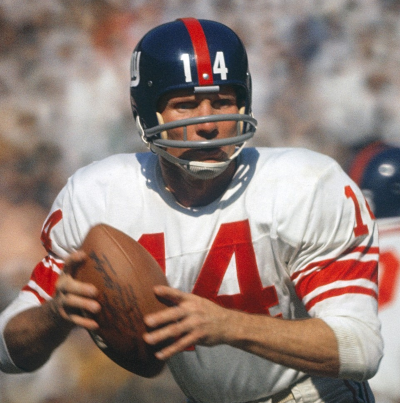 Just finished re-reading “Y.A.TITTLE: I PASS” for about the fourteenth time, so I thought it would be appropriate to discuss  this great quarterback’s career.

Tittle, who held many NFL passing record when he retired in 1964, only to see them shattered by later signal-callers who were allowed much more freedom to do their jobs. is less known to current fans of Big Blue than Scott Brunner.

I don’t know why the history of professional football gets treated so shabbily by today’s media and fans, but perhaps it’s time the football fan tries to grasp the perspective of history in his sport.

Tittle was a trend-setter, an innovator, and a gunslinger in an era when many teams still played the single-wing.

His favorite tight end of all-time?  None other than former Jets coach Joe Walton, who was one hell of a good tight end, and you can look it up.

Tittle was one of the first QBs to work out of the shotgun formation, and though he never won a championship, was the leader of some of the best Giants teams ever assembled.

He should be remembered for more than just this photo.

Make sure to visit Giants.com for more information about this legendary quarterback. 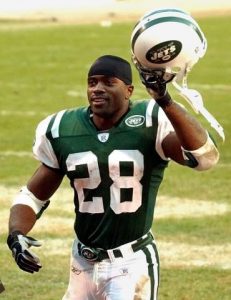 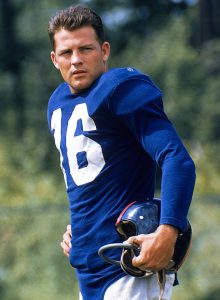